Being a new mum is wonderful. But I have noticed that a lot of new mothers are made to feel guilty. Or let me rephrase that; I think we as new parents place a lot of guilt on ourselves. Mainly due to the pressure being put on us from not only the media but well-meaning friends and family (thinking they know best…!), who get into our heads. I believe it is time to get rid of said guilt and start being simply okay with our babies, bodies, bottles and brains. After all, we are doing the most important job in the world.

I was chatting to the lovely Andrea from www.chambalains2go.wordpress.com earlier today about the surprising negativity you’re often faced with when announcing you’re expecting. From “oh, was that planned?!” to “you’ll be exhausted” and “your body will never be the same again“. Andrea makes some great observations on this in her post “Oh, just wait until…” As new mums we’ve both found it peculiar that not more people come at you with a positive attitude and simple support, rather than warnings.

And I believe that all this adds to how new mums (and sometimes dads, too!) are made to feel they could do more, do things better, do it differently especially if they are not doing it the way people are use to or expecting. BUT I also feel that we as mothers maybe put too much pressure on ourselves and therefore end up feeling guilty when things don’t always pan out the way we expect or have been told they would. That we too easily take this criticism on board and let it get to us.

Last week saw a vivid debate about bottle feeding in public here in the UK and how some women feel judged when they, for whatever reason, are giving their newborns formula, out and about. Not long before that it was whether we should be allowed to breastfeed without covering up. And yes, these debates are important as no one deserves to feel judged. But I’m sure that most mummies try and do what they think is best for their children, and most have thought about how having a baby will naturally change their life. So if we accepted that whatever choices we make on our journey through parenthood those are the right ones for us as a family – and if not we will learn from our own mistakes – then we could let go of some of this guilt to be perfect parents and just enjoy the wonder of our children. And thereby not only stop judging ourselves, but perhaps care a little less about what others think!

I became very aware of this as I took Caspian on a flight to Copenhagen last weekend. The first time we flew, which was just over a month ago everything went so smoothly and he didn’t make a sound. I felt proud – which is a bit silly – as he is a tiny baby and the fact he kept quiet for 2 hours is not an achievement, but simply pure luck. So when he got a bit impatient this time around I suddenly felt the guilt creep up and everyone seated around me rolling their eyes thinking it’s wrong of me to travel with such a small child. I spent the entire flight feeling bad – even though he had only kicked off a bit at the beginning. It wasn’t till a lovely lady in the row in front of us smiled at me and commentated on how good he had been and how well he had handled the flight when we were on the ground again, that I realised I had only been fretting because people had told me how annoyed others get when a small child cries on an airplane. That’s when I decided no more!

I personally feel I have had to defend a few choices, but have recently come to the conclusion that perhaps the person I have had to convince the most is myself. It is time to let the guilt go and be okay with me in my new role as mum, with my body (lopsided boobs and all) and with the way I do things and if my baby cries in public, that’s okay too. And seeing that sometimes Caspian teaches me by simply being who he is, with no one having told him how things should be done and what is acceptable.

What unnecessary guilt could you let go of? 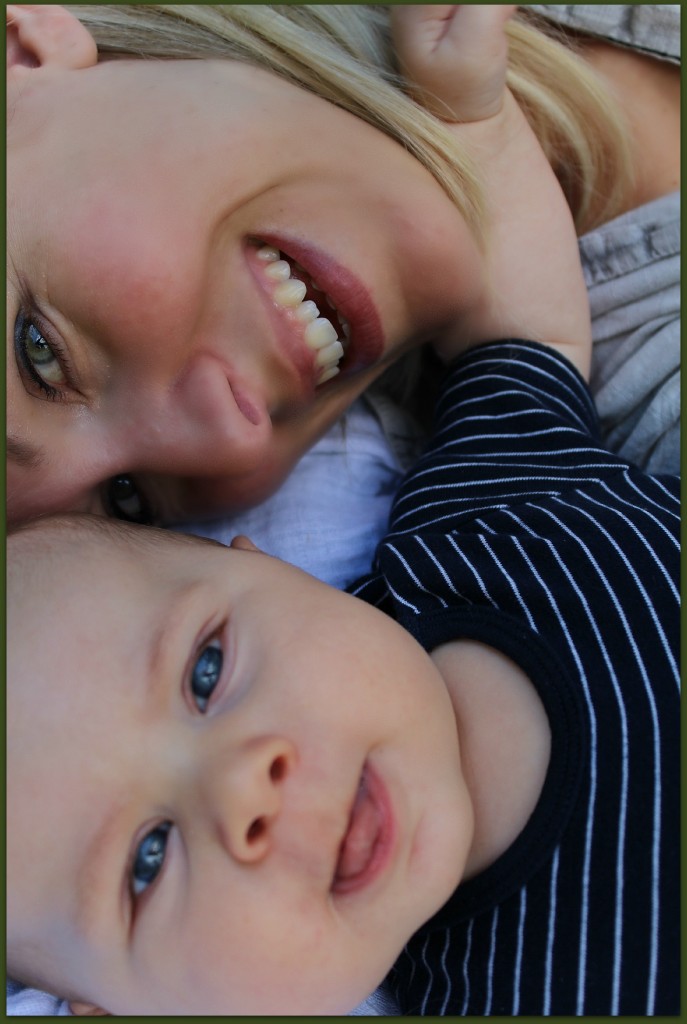 I’ve linked up with the beautiful Honestmum, Vicky for

4 thoughts on “LET’S RID OURSELVES OF THE GUILT”