When I first had Caspian people kept saying “Don’t worry…things will get better!” This puzzled me at the time (and I still find it a strange thing to say to a new mum, especially one that’s not complaining), because I actually thought things were pretty freaking amazing. I had had a relatively easy water birth, and we took Caspian for his first outing at only four-days-old, mind you just for a quick half an hour at our local coffee shop, but still. He fed well, slept well, and I felt so happy. Why did I need things to get better?

When he was two and half months I started this blog. It was something I had been wanting to do for a long time, and with everything going so well, I felt I had the energy and time (when Caspian was napping) to do it justice.  I got so much done over the next couple of months, and felt really proud of what I achieved in that short amount of time. I quickly saw a potential in turning this from a hobby into something more, as it fulfills everything I love about being free-lance: working hours that suit me, creative control, and it’s great fun.

But then Caspian’s naps started getting shorter, he stopped sleeping through from 7 to 11 in the evenings, now waking every hour and the free time I had had to get chores done around the house and write, disappeared almost overnight. This proved frustrating and rather stressful and my health suffered as a consequence along with the house becoming more unmanageable and the blog not getting updated as frequently as I would have liked.

But as I’m never one for giving up and letting life overwhelm me in the long run I took the baby by the nappy and thought up ways that I could at least try and keep the house in check and get work things done despite an often overtired little man, who seems to believe he’s full of beans when he is clearly exhausted. I blame his curious nature (and teething!), that he simply doesn’t like to miss out on anything (a bit like his mummy!).

So here are my top three tips for getting things done, when you have a nap-resisting baby:

The good thing is that he now sleeps well at night with only the occasional dream feed to see him through. This means that I, at least, get a good night’s sleep, and I’m starting to have more energy in the day. And lastly, I think it’s important to remember that no one’s ever died from a bulging laundry basket (unless they somehow got trapped under it) or from a bit of dust collecting in a corner, so let’s not be too hard on ourselves!

How do you keep your little ones occupied to deal with house chores, get work done or simply  have a moment to yourself? 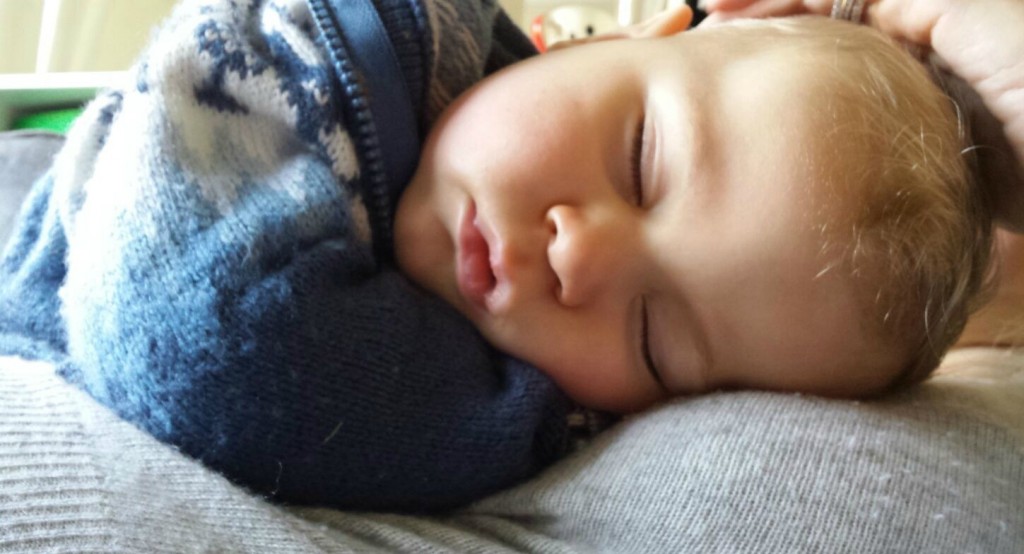 Of course Caspian has no problem sleeping on me for long lengths of time!