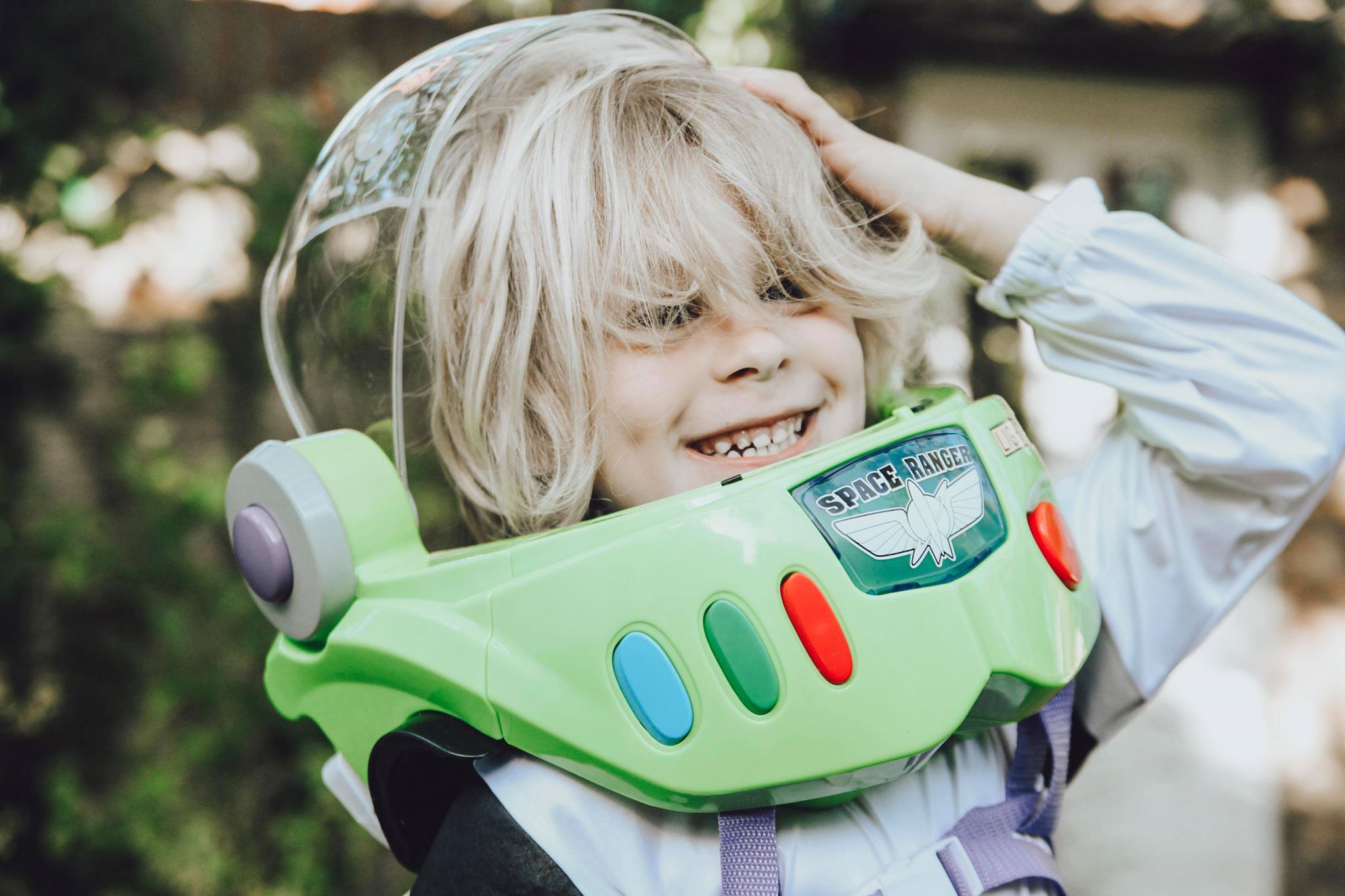 Disclaimer: Please note we have been gifted these products from shopDisney. All words, opinions and photographs are my own.

There is nothing more exciting than being witness to a child’s imagination unfold. Walt Disney understood this but he also helped feed children’s imagination across the world. I loved watching Disney films when I was little and when Toy Story came out it quickly become one of my favourites. It’s amazing to share this with Caspian now. He’s reached that age where role play is a big part of his every day. I love nothing more than to peek into the living room as he plays and acts out fantastic storylines transforming from one beloved character to another. However, there is some truly magical when you actually get to dress up as your hero. 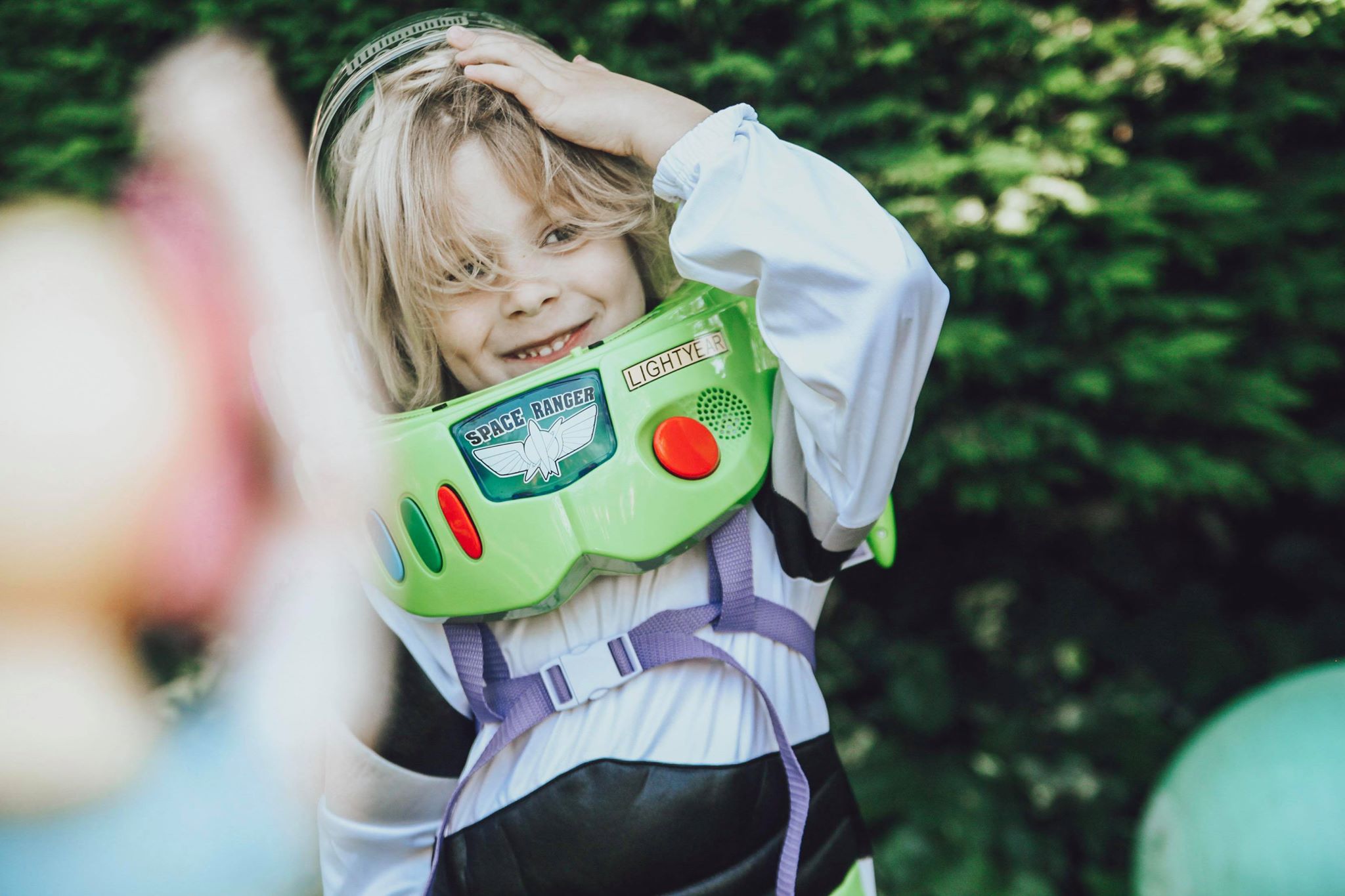 With Toy Story 4 hitting the big screen here in the UK earlier this summer we have played a lot of Toy Story games and pretend over the holidays. Caspian’s absolute favourite – besides Mr Potato Head (yet, who doesn’t love him?!) is Buzz Lightyear. He got to pick a costume from shopDisney and immediately went for him. This is no ordinary costume either. With a helmet that not only closes automatically, lights up and speaks like Buzz at the meer push of a button, this is state-of-the-art dress up. 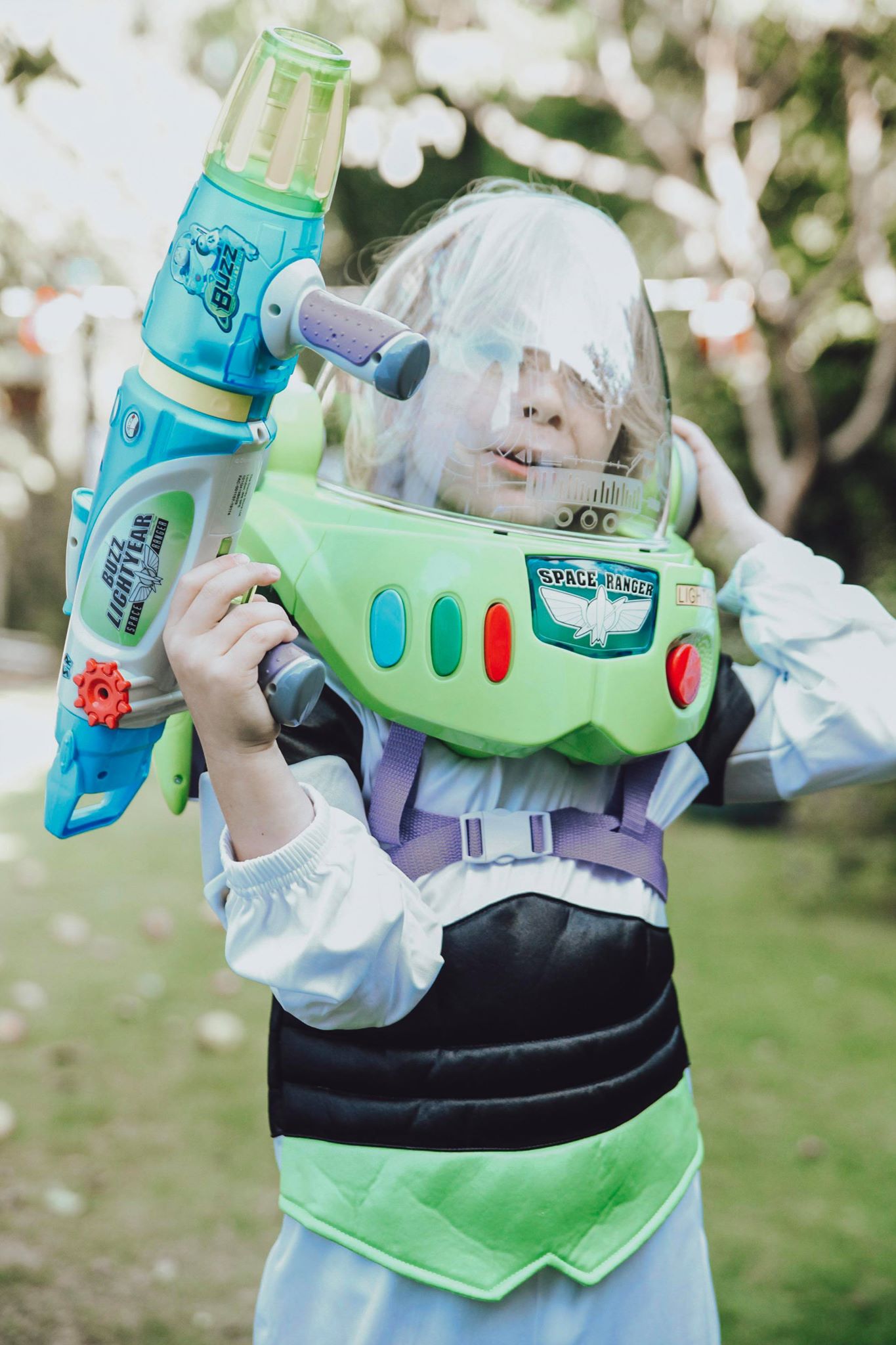 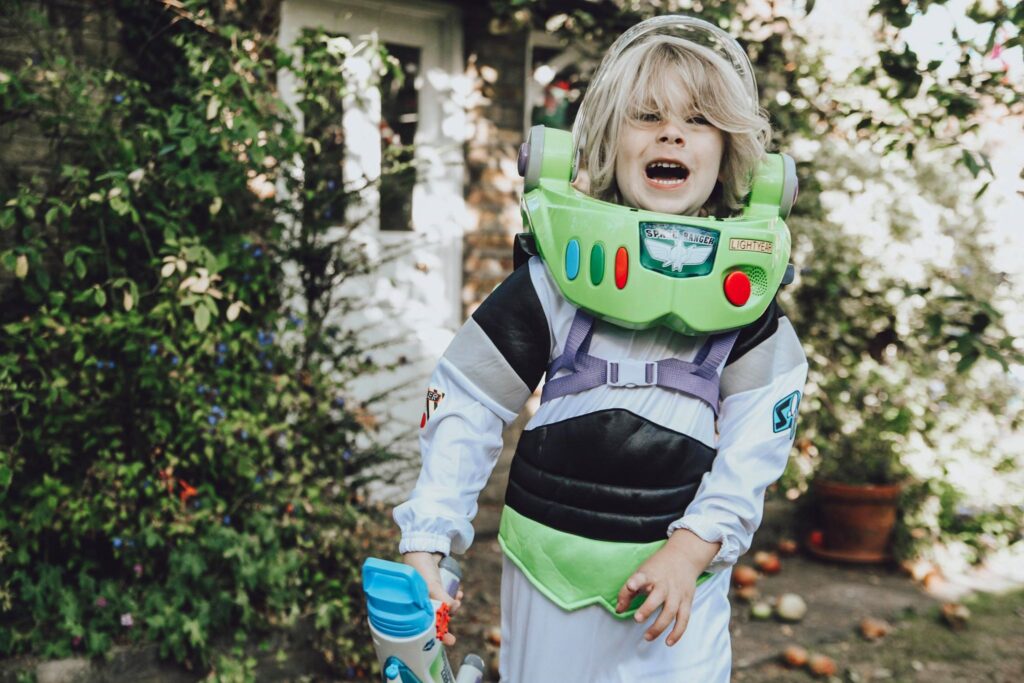 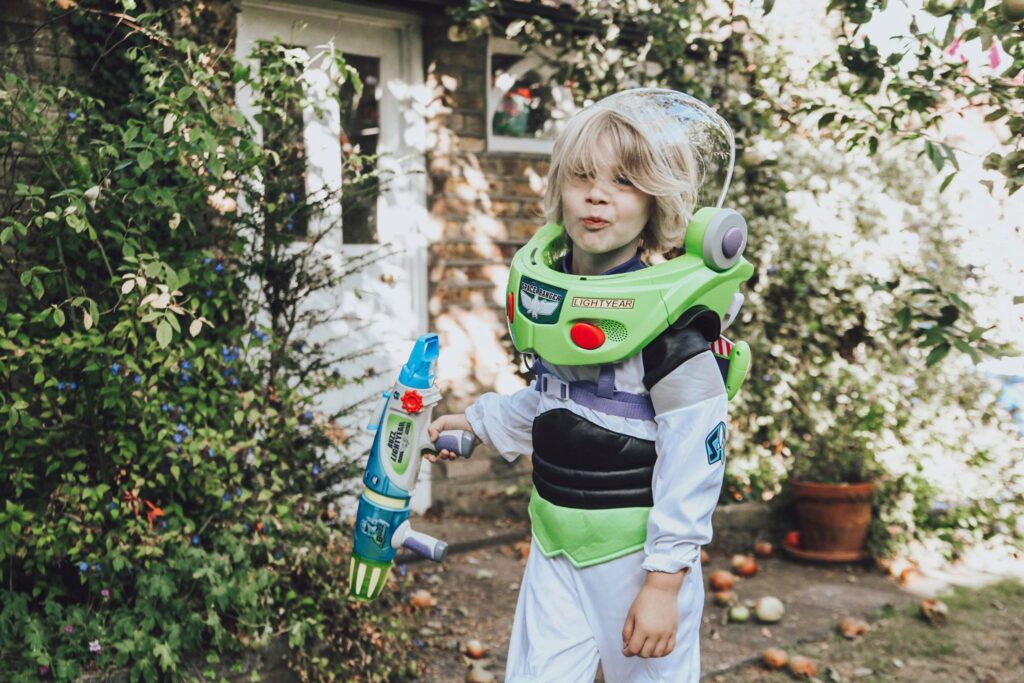 FIGHTING THE BAD GUYS IN OUR BACK GARDEN

Teaming up with Woody and Bo Peep he’s ready to take on imaginative aliens and villains among the fallen apples on the lawn. At one point I even think the apples became the enemy. He was also sent an amazing Buzz Lightyear blaster with sounds and little soft balls that you can shoot. At quite an impressive speed, too. Those aliens… I mean apples never stood a chance!

I think as adults we forget how much fun it is to play. Allowing yourself to be fully engaged and put on that funny costume can bring about a lot of laughs. Those are the memories that stay with your little ones. I’m definitely tempted to dress up with him next time. Caspian loves it when I do silly voices and give myself permission to step into his imaginative world and play along. They won’t be like this for long so I’m enjoying his spirit and how easy he can take on a new character. 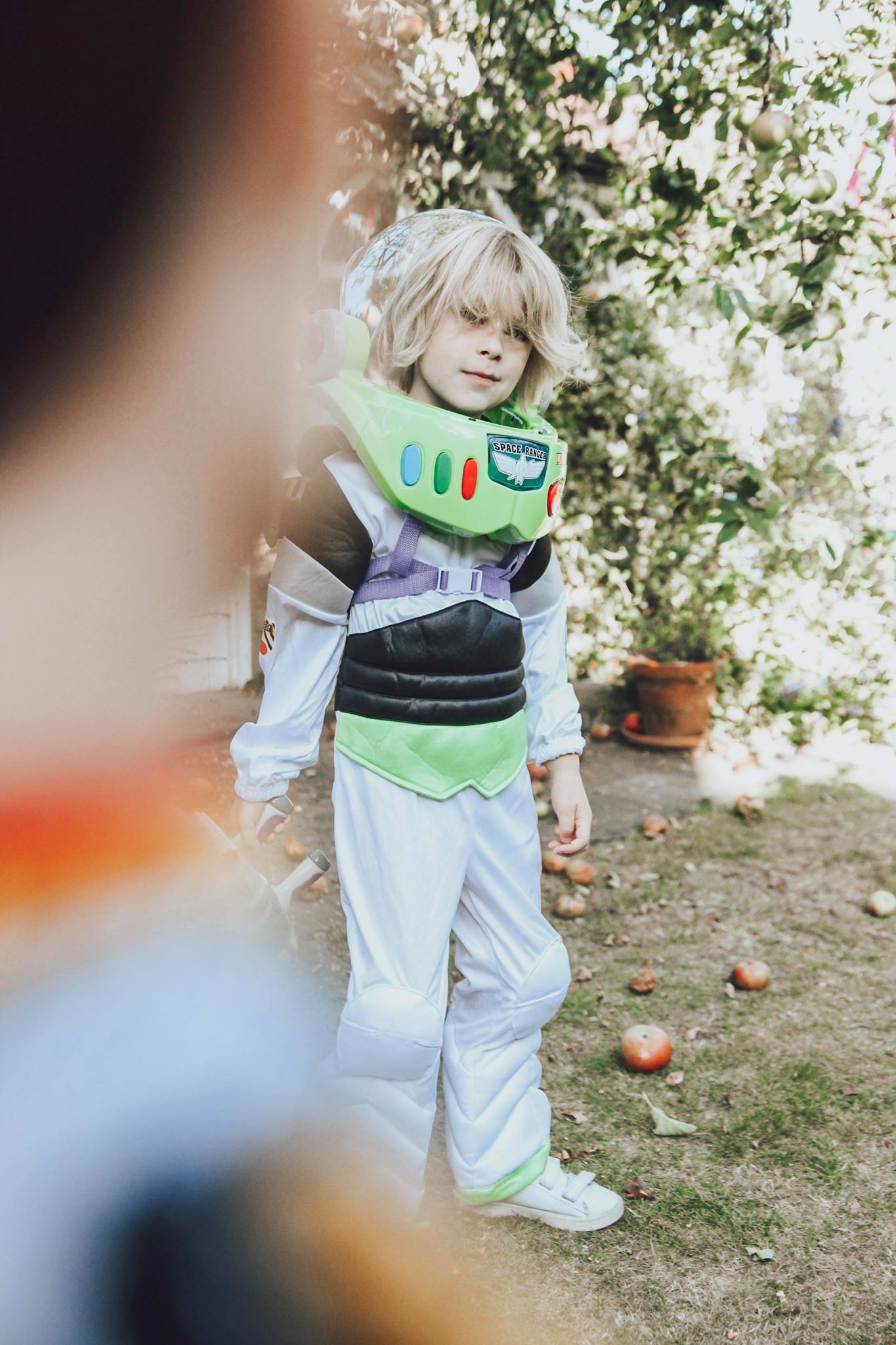 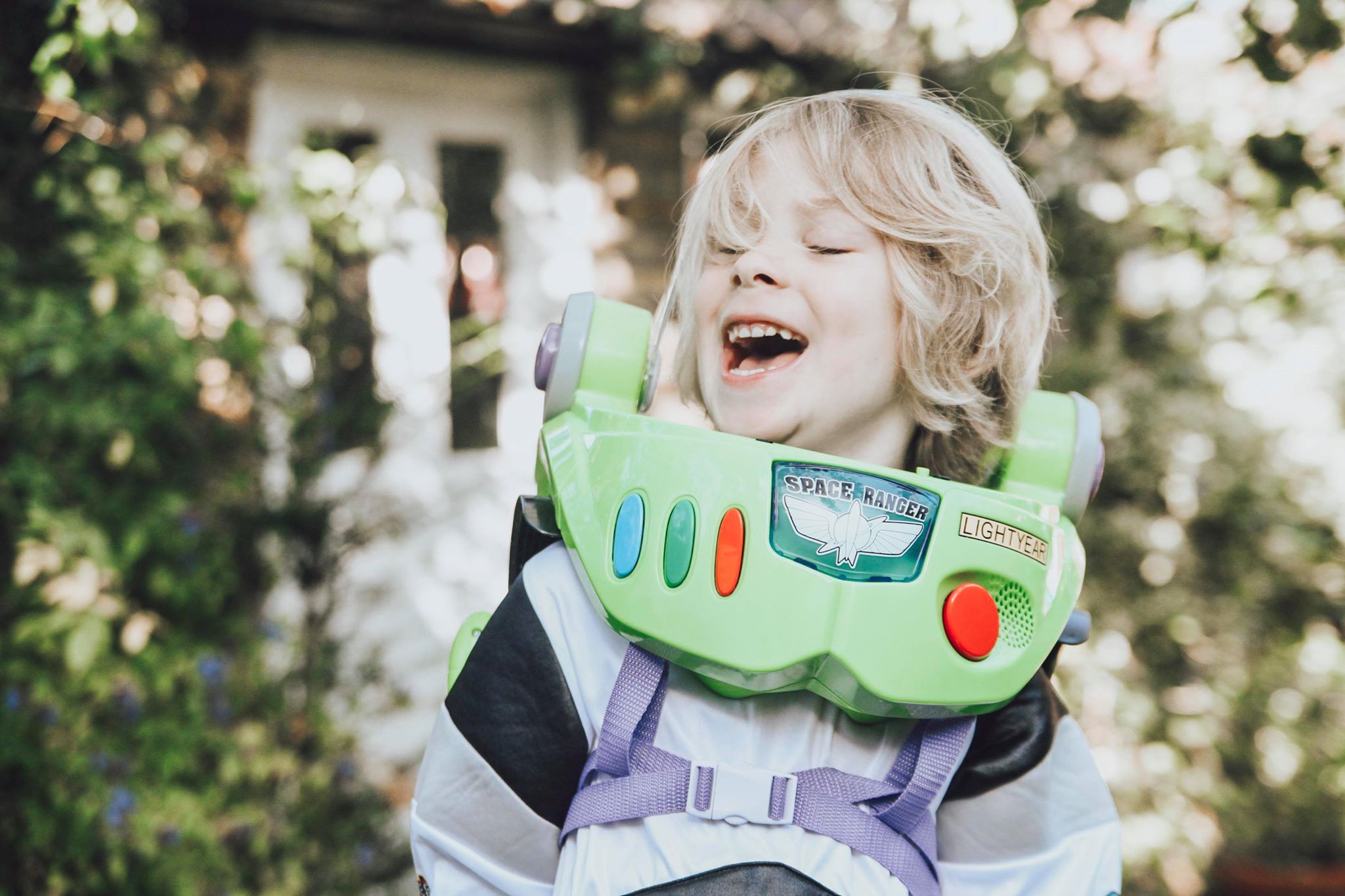 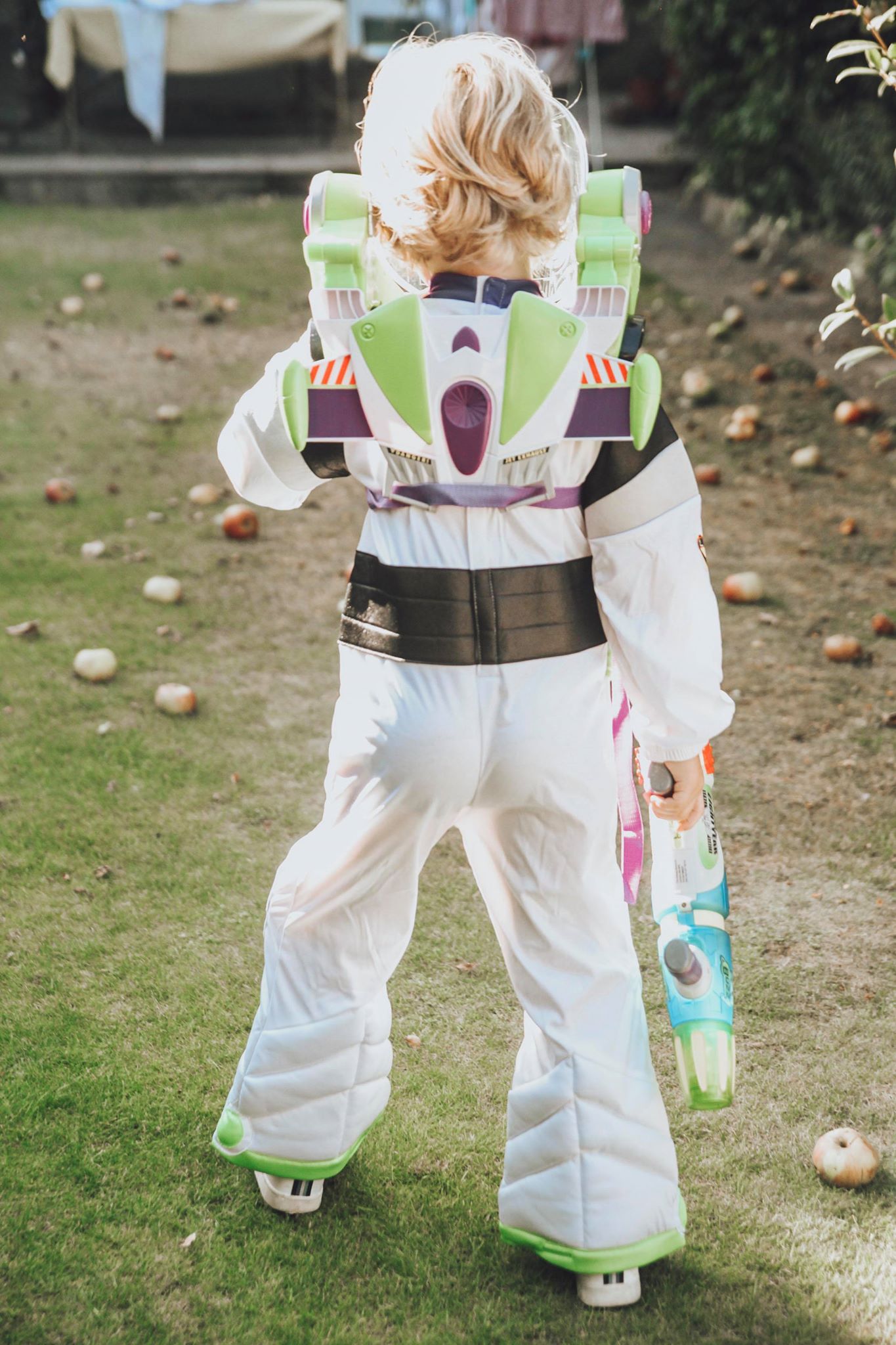 The Buzz costume is very detailed and comes with detachable wings. This means your child can wear just the costume and feel like Buzz . Or you can add the amazing helmet with bigger wings and working buttons. Caspian was really fascinated with the fact that it opens automatically at the touch of a button. Not to mention lights up.

From princesses to Superheros shopDisney has all of their favourite characters. Perfect for an ordinary Tuesday as well as Halloween or other special occasions. Which Disney character would your child choose?

2 thoughts on “PLAYING DRESS UP WITH shopDisney || AD”