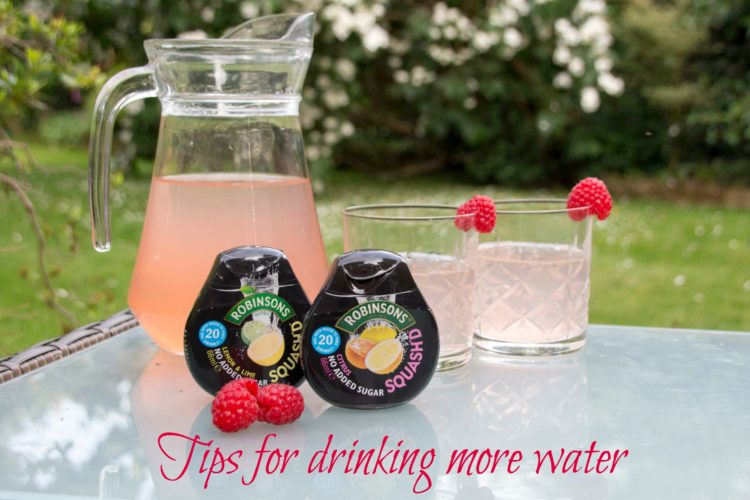 “Another thing I’ve struggled with is drinking enough water on the go, so I was pleased to discover that you can now get tiny bottles of super concentrated Robinsons and in lots of different flavours. The Peach and Orange is my favourite!”

It’s dawned on me (yes, baby brain makes you slow!) that I need to step up my game. Caspian is at a stage where he copies everything we do. It’s hard not to laugh when he puts on Daddy Long Legs’ glasses to read a book. Or parades around wearing my flip flops. But it’s time for us to set good examples. Good luck to him is all I can say.

On a more serious note, I have started to think about my health more. How can I convince him that eating fruit and vegs is important if I stuff my face with cake? Being a new mum is hard, the challenges constantly change. When you think you’ve established a sleeping routine your little one starts teething. Or go through a phase of separation anxiety and it all goes out the window. I’ve never in my life needed to be so adaptable, and I work as an actress, so that says a lot.

I noticed that I’ve started to bruise easily, my legs make me look half dalmatian. I’ve found myself feeling exhausted, too. The changing weather and hay fever haven’t helped. As I suffered with a low blood platelet count both prior and during my pregnancy, I decided to see the GP to get confirmation that I’m okay health wise and perhaps work out what I can do to battle especially the tiredness and look after myself more.

The blood tests came back saying I’m well everything considered, but low in iron and vitamin D. This is not uncommon, and like many other people I’m dehydrated. I’m always conscious of Caspian getting enough fluids. As he still breastfeeds it’s handy with milk on tap, but he doesn’t feed that much during the day any more, so water and cows milk is still essential. But as he relies on me too it’s definitely important that I stay hydrated as I’m building a supply for him as well.

I’ve never been a huge fan of water. I find the taste, or lack of, boring, but during my pregnancy I really struggled. I found that adding a fruit concentrate like Robinsons really helped me drink what I needed to avoid swelling. It became a craving almost, so I naturally chose the no added sugar version. Now we have a bottle sitting by the kitchen sink. It’s a way to remind me to drink more.

I’ve invented a little system where I drink a glass of water and if I’m still thirsty I’ll have a glass of Robinsons. But like I wrote in the beginning Caspian wants what I have, and as Robinsons is not recommended for under 36 months, I’ve had to be creative as he follows me around like a shadow. Serving water in coloured cups seems to work. As he’s a big fan of berries I’ve added mushed up blueberries and raspberries, which he loves, too.

As with many things in my new life of being someone’s mum they don’t always go to plan. I wanted to create a little diary to keep track of the number of glasses I have each day, as I still forget when life gets busy. It’s silly really as I perform so much better, when I stay hydrated. But they say it takes a long time to break a (bad!) habit. Naturally Caspian wanted to help so it ended up looking like this. 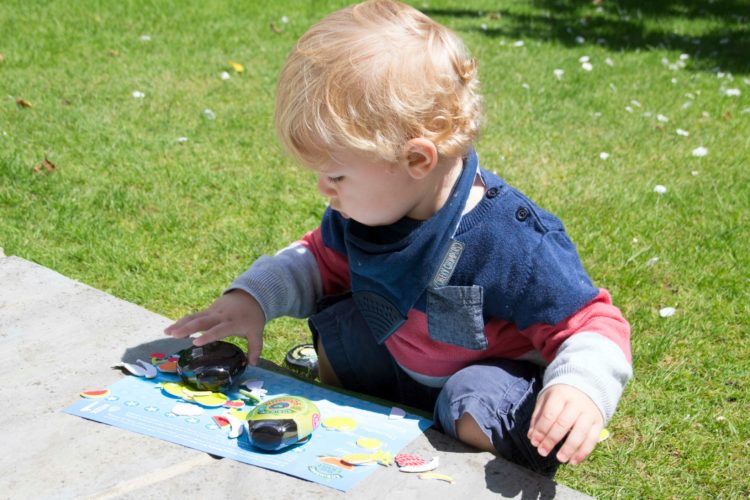 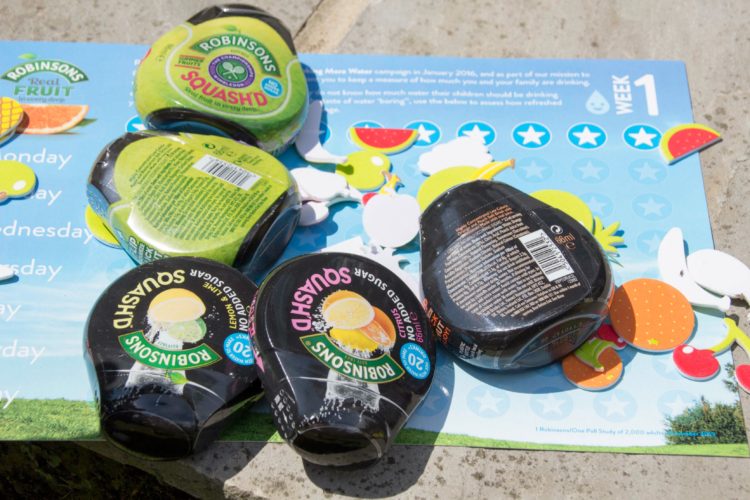 Another thing I’ve struggled with is drinking enough water on the go, so I was pleased to discover that you can now get tiny bottles of super concentrated Robinsons and in lots of different flavours. The Peach and Orange is my favourite! 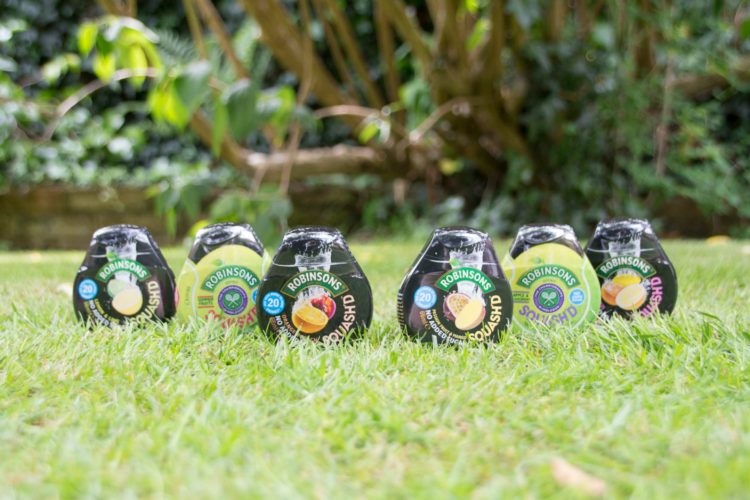 They  are really practical as they fit in your bag or pocket and so you can simply add a squeeze to tap water in a cafe or if you buy a bottle at the store. We were sent a few to try and I’ve now put one in each of our changing bags (yes, we have his and hers in this household!) and in the rooms we use the most around the house. When I see the little black container it reminds me to get a glass of water.

So to sum up here are my top tips to drinking more water as a new mum: 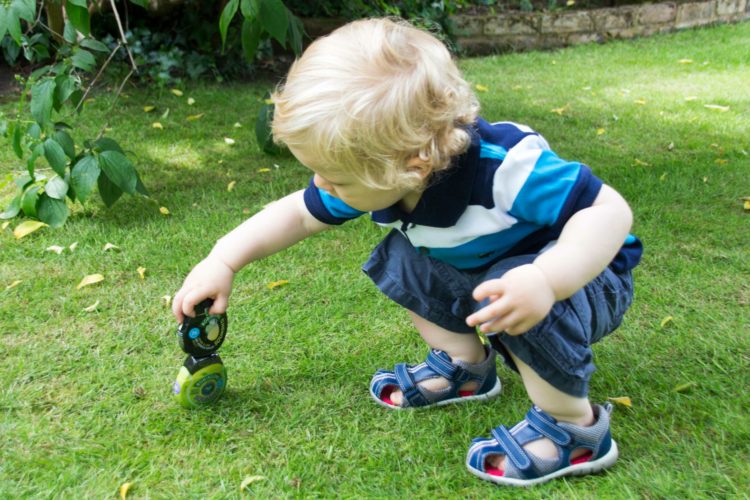 As Caspian’s not allowed them yet, he found a different use for the new super concentrated containers. Anything that’s not a toy…

What is your best tip to making sure you and your family stay hydrated?

NB! This post is an entry for BritMums #DrinkMoreWater Challenge, sponsored by Robinsons